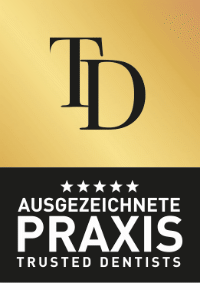 Gentle root resection at the Center for Oral, Maxillofacial and Facial Surgery

Root resection (syn.: apicoectomy) designates a procedure where the root tip of the tooth concerned is removed along with an inflammation.

This operation had already been preceded by a root canal filling that could not or not sufficiently repress the inflammation.

The weakest point of such (orthograde) root canal filling is usually at the bottom part of the root, the so-called delta. In this region there are, within the root, manifold branchings and angles of the canal system that can frequently not be reached properly by the materials used for root canal fillings.

Once the inflammation has been sanitized surgically, with simultaneous removal of the root delta, the remaining root canal will be filled from the underside of the root (retrograde) in an area of approx. two millimeters by using a special root preparation method involving ultrasound and a special type of cement. This procedure clearly reduces the risk of infections spreading from the root canal to the jaw bone.

The access defect to the root caused by the surgery will then be closed by means of plasma (PrGF). This has two advantages: On the one hand the wound healing is improved by the growth factors contained in the patient’s own plasma. And on the other hand, the plasma inserted into the bone defect acts as a distance piece from the surrounding connective tissue which might otherwise grow into the defect and occasionally cause unpleasant postoperative sensations (scar pulling, etc.)

A three-dimensional X-ray image of the tooth or the root configuration, respectively, frequently makes sense. For this we are using dental digital volume tomography (DVT) that shows great detail and issues very little radiation.

Most of the time the operation can be performed completely pain-free with local anesthesia, but also in twilight sleep or with general anesthesia.

1 | Inflammation at the root tip 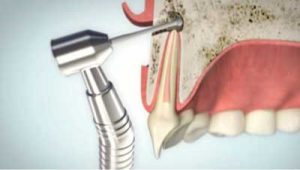 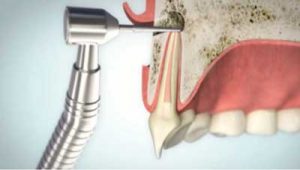 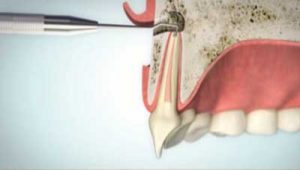 6 | Situation after healing of defect